It is a commonly known fact that online selling has overtaken in-store retail sales several years back. Marketing gurus are constantly striving to improve strategies to strike gold on this platform as competition is getting tougher and tougher for products and services alike. The places online where businesses posted information about their merchandise or service are numerous now than ever before. They are not leaving any platform untapped where they can run advertising campaigns and post marketing materials that will reach customers and eventually convert to business sales. It has been at least more than five years now that explainer videos gained momentum as an effective digital marketing tool. So, what is an explainer video? A short crispy, informative and entertaining animation video of anywhere between 15 sec to not more than 2-3 minutes maximum explaining the product, listing the benefits it will serve to the existing, as well as prospective customers, is an explainer video.

The various statistics available unanimously declare that the usage of this mode of digital marketing has created a lot of positive traction for the respective business in the consumer market. This online marketing strategy is here to stay as by end of 2017, it is expected that at least a 67% of online content will be video. It is equally important for the consumer as well as for the business that product or service‘s explainer videos are available on the internet. For the consumer directly gets connected to the business through an explainer video and a commitment to buy falls in place much easily than while scouting elsewhere. For the business, it’s presence as video on online media like YouTube and other social media platforms only ensure that it boosts the SEO. Though there are a 39% of the businesses who still have not created an explainer video for themselves yet, it can be been noted from above on why any business cannot survive without having at least one explainer video incorporated in their marketing plans in today’s online competitive world. However another reality still exists, producing an explainer video is not without its challenges. Let us understand what may be the problems encountered by a business or a video production company while setting out to create an explainer video and what are the solutions to overcome them.

1. Lack of know-how to produce an explainer video

Though businesses are sure that they want an explainer incorporated into their content marketing, they are skeptical about how they will go about it. They feel they do not have the sufficient technical knowledge to understand its nuances. They may be many factors like content quality-writing a script, base lining quality, length, audio backgrounds, using the right software if animation or organizing a video shoot if it is live–action video, managing post production steps etc. The lack of surety can be overcome by using a combination of in-house resources and outsourced video production companies in crafting good explainer videos. It is interesting to know that 46% of the companies have been successful adopting this approach. Let us look at how the in-house resources can help solve the problem:

a) knowing the business’s target audience: studying the audience whom you look to address with the video well, gauge their purchasing behavior and product interest patterns to conceive a suitable idea for the video, including what they might want to see in it, the problems they face due to the lack of a product type of the nature that you are trying to sell and how your product offers solution or is beneficial to them etc. helps to decide how and what information should be included in the video and the length of the video.

b) being aware of the production processes: The first aspect is deciding the content of the script of the video. How the message should be incorporated into the video within such a short duration as 15 seconds to 2 minutes. The ideation should be powerful enough that drives the intended message comprising the ‘who, what, why’ clearly. The video should not look like an advertisement tool used to brag about the company rather it should have tactical information conveyed that engages the customer to the brand. On watching such a video they should be prompted to buy it immediately. A visual story board should be organized having the stage by stage sketches so that each visual and what movement is conceptualized will be is in front of the eyes and none is missed out. These functions may be entrusted with the video producer and motion graphics designer intermittenly.

c) Cost management in pre-production if live video: manage rental costs by booking early equipment, shoot location and actors involved minimizing cost as much possible. If a voice over is planned for, it can be outsourced later.

d)Production process: involves organizing the live shoot, or creating the motion graphic or animation to fall in line with the script either by using free animation creation software (like cloud-based GoAnimate). It may be done in-house or outsourcing the whole process to external video production company or as a combination of both. If the idea is discussed in detail with the company, they may be able to customize it at an affordable price. It is during production that the aesthetics should be taken care of – using color schemes especially the brand’s color for generating brand identity, keeping usage of template designs a minimum as they render poor quality. It is also important to have a story with a structured flow and without too many technical jargons. This stage also includes inserting suitable voice over preferably a native professional one, sound effect and background music. There are several free libraries on the internet like bedtracks.com, pumpaudio.com and others from which these could be selected.

e) Paying attention to post production process: the first draft of the explainer video should be properly edited based on the storyboard formulated. The tiny finer details should be considered like removing red spots, white balance, brightness and contrast, lighting fluctuations etc. In short it is like saying the clean up of the video should be done properly before releasing it live. The unwanted story board elements should be removed, the audio editing should also be taken care of. The right choice of an appropriate audio that fits in to the theme of the message should be made. The place where the video is hosted is important for it determines how far it reaches the purview of the viewers and prospective shoppers.

As soon as there is a discussion on creating an explainer video for the business, the first question that comes to mind of any decision maker at the helm is on the availability as well as feasibility of a budget that may be allocated for producing it. 9% of business team even confesses that they are unable to convince their decision makers to agree to produce one for this reason. By and large it is the misunderstanding of the whole process that is behind such reservations. If the decision is to produce live-action video, costs might run high since it involves professionals to do most of the shoot, on-screen talent, logistics – equipment costs and location rents. Outsourcing to a video production company may be necessary if a live-action video is the plan as many of the quality parameters can be managed largely only by people with expertise.

However, times have changed and many easily accessible free software, cloud based options, apps, recording devices on commonly used little high-end or some of the lower end smart devices with advanced hardware like the iPhones, GoPros tabs , the new Oppo and the kind are within reach to create exemplary videos. The in-house creative team can work to using these effectively to come up with a reasonably decent explainer video. Costs will be affordable if ample measure of planning and brainstorming is done before start to conceive the idea that needs to go in to the video content. PowToon, Animaker, Wideo, GoAnimat e,Biteable are some of the best free 2D animation software. Some of the good Whiteboard animations available on a DIY mode are RawShorts, VideoScribe, etc. Though using the free templates and other available software are an option to creating the first few video assets it is not a complete solution to making the most effective videos. Business should be ready to shell out what is required to create a good quality video content that will fetch the maximum ROI expected of it.

3. Shortage of people and time to coordinate a video production

There are a few companies who want to create an explainer video but feels that they are not able to because of lack of the right staff or sufficient time to go about it. As discussed earlier if they feel skeptical about their own expertise they can hire a video production company whose talent may be managed among three titles: – producer/designer/writer; videographer; on-screen persons. Nevertheless, it is also possible to learn to try a hand at live-video shoot based on the processes listed above. There are services like Video Brewery who also guide to select an external video production company who can deliver affordable explainer of your choice according to different business models. Another easy option to overcome this pain point is to go the animation route, whiteboard or 2D or 3D entrusting it to the in-house creative team. The basic structure like the script, sketches, matching animation to sound effects & music, the transitions etc can be worked out internally by brainstorming sessions between the creative team and marketing and sales. Other outsourced factors like music, backgrounds etc. can be worked on later as it gets ready to go live.

From the above discussion, it may be understood that there are several workarounds to creating an explainer video if the business feels challenged creating one. If the hesitation persists even after this to start on creating one, there are some cloud based alternatives which even provides free 2 week trials to perform animation and try out the experience. 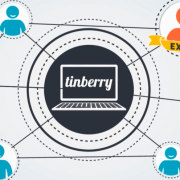 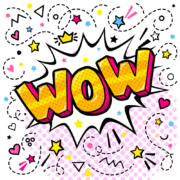 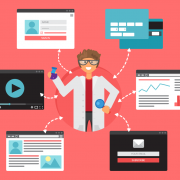 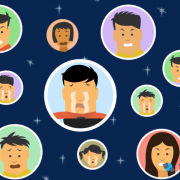 How To Use Social Video Marketing To Boost Your Business 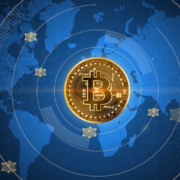 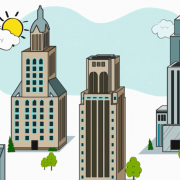