We are in the times of instant communication and digital promotion for product selling is at its epitome now. Businesses are well into the mid year’s first quarter selling. The primary and most vital mode employed in digital video marketing is marketing. Animated videos are well accepted among the shoppers and potential shoppers who like to learn about merchandise or service they intent to purchase. This is exactly the reason why video production should be done with due diligence after analyzing new trends and latest technological tools. Lot of selling is happening on the social media plaftorms and it has become an ever evolving channel that marketing trends have embraced.
Come, let us find out which are some of the interesting video marketing and video production trends that have evolved and which business have and might adopt in the year 2017.

Online users are increasing and a vast majority of them are product or service customers. There are at least 400 million mobile and 200 million desktop internet users. Earlier these users used to block banner ads that come on the animated video they watch. Now ad making companies have devised a work around mixing media in native as well as non-standard formats to include in video marketing. This is a trend that sure might continue through 2017.

2. Influence of mobile devices as a medium to host

About two-thirds of online users are hung up on mobile devices. Hence it is very important to make an animated video; mobile device responsive as much as on desktops. It is also important to make it crisp, short and apt to what they want to convey to a consumer else the consumer will simply walk away. Even better if it has a call-to-action also included. The aesthetics, voice-over and the story telling should be interesting that the viewer is even tempted to share the animated video on social media or instant chat. The connected world of smart devices, be it simply mobile or other new devices like home or smart watches etc, are also utilized well. Location-based retail selling will be definitely a quick and well liked trend which will pick up via mobile devices. Video display and touch will go hand in hand to guiding the sales process after the display too.

This is a video format that Facebook has used it to its best advantage. With more than 1.86 billion users its first planned to capitalize its own users. CEO Mark Zuckerberg announced the feature early last year live on FB and also across other platforms. It was also very confident of the feature that it roped in more than 120 media companies and celebrities to use it on a trial basis. It even offered to pay the publishers cash bonus for content. FB attributes this to the fact that, users watch live videos three times more than the same videos when they aren’t live. The trend is catching up like fire and so publishers will want to use this video marketing feature even more after the free period of cash offers expire. Interestingly, more than 75% of FB ad revenues comes from their users using mobile devices.

4. You Tube continues to push forward

You Tube still continue as the most popular video sharing platform and products are making use of it even more as each year goes by. It will be surprising to note that more than 50% of viewers of video production on You Tube are females. The age group also has moved from just the Millennials to Gen X, Y etc. There has been an increase of 80% in the age group 55 and above since 2016. They watch a video ad during prime time at home on mobile. And what formats are popular? Anything from Circular, Virtual, Panoramic, Augmented, Landscape, Portrait, Square etc. It is more and more becoming a video-first world. Shoppers are shifting away from being content based product advertisements lovers and 90% prefer video now. Another fact is that YouTube viewers pay closer attention to video than TV watchers, hence the impact desired is much higher.

Think out of the box while creating a video production to enhance branding. Use video apps to get better clarity and quality. According to budget on hand, utilize the ability of different video production techniques for publicity of various brand types. Use 360 Video for real estate, heavy automobile segments, if there is a cash surplus to splurge on the video make the most of Virtual Reality, shoot yourself if a TV commercial cannot be made straight off. Conduct video interviews; give offers or gifts in return for video product reviews. Insert fill-out forms in middle of video play. This is a good way to increase conversions by at least 40%. Give the customer a royal feeling that will tickle their loyalty emotion. Create a space in the in-house or retail showroom to display video and give a live streaming experience of either a customer testimonial or simulate a ceremonial welcome into the store. Host it on a video wall that will go on the network channels too that they feel happy of the publicity. Nudge their shopping experience that they will be willing to come back once again.

6. Video walls – Roll in Yourself!

You may marvel, so what is a video wall? In line with technical definition it is a multi-monitor set-up that consists of many monitors: be it computer, video projectors or television sets connected together to form one large screen. In the initial stages when it was used to display product advertisement as part of video marketing, the trend used to be to use special third party system integrators or high-end video controllers to host video. Now theses have become really affordable thanks to cost drops that companies are buying the hardware and creating their own video and gaming walls easily by themselves.

Capitalize the power of cloud subscriptions to project integrated video walls into a package which can also have live video streaming. Earlier video walls used to be placed mostly in retail outlet locations, however 2017 is seeing IT departments of business use the power of a cloud membership to project video walls for enhanced selling. The many IT tools available in market is helping businesses host video walls within retailer’s multiple locations.

8. Sharing your video wall on a network

This is a trend that will definitely pick up pace in 2017, where video walls will move to a network like other audio-video solutions unlike being on proprietary cables. This will enable the video production hosted on these walls be broadcast on category based show areas. Say, for example on different floors of a hotel, jewellery retail shops, casinos, multiple monitors in a sports arena etc. Is there anything better than being able to publish video ad from multiple digital boards that it reaches a wide audience.

There was not much planning involved in creation during the initial days when animated video production were used for brand popularity and publicity. However, business currently realizes that an effective well planed strategy solely can fetch a decent return or result in sales. It’s simply not enough to shoot random videos and use it for product or service branding. Definitely it can be expected that firms will spend time, effort and money on a creative team for video marketing to come up with a video production strategy.

Video marketing will be used by sales representative more this year such that they will shoot short videos as if speaking in person to customers or potential customers either showing demos or discussing anticipated queries etc. This will reduce the sales time, facilitate establish a personal connect as if like a Video Voicemail. Make sure whatever product video you create, it helps in customer engagement and holds viewer attention best. Whatever be the story, it should also be remembered to customize the video for every social media platform, like You Tube, Snapchat, Instagram, or Facebook.

The digital marketing method of clubbing or embedding animated videos explaining product or service stories along with targeted customer email lists, company newsletters, brochures, case studies, websites continue on like in the previous years. Only that the aptness in stories, creativity element, location-based targeting etc. has improved to deliver better conversion results.

Another method to bring back earlier guests on the company’s website is to retarget this database once again through video. No harm, back tracking a long ago visit that they may return as reborn prospects. According to market stats, among CTR (click-through-rate) of all digital ad formats, the average CTR of video ads is 1.84 percent which is considered the highest. The budgets planned by companies for their product video production will definitely increase this year. They have realized its potential as a major tool to harness sales growth beyond doubt.

As we see by now the world of digital marketing is being dominated by video. Hence, what we should effectively understand from the expected trends in 2017 is that from what it was 70% in 2015, video traffic will be 82% of all consumer internet traffic by 2020. 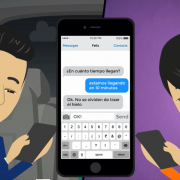 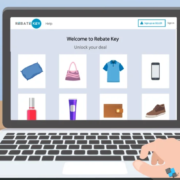 5 Steps To An Incredible Video Production 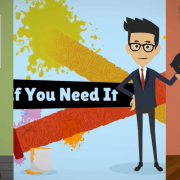 7 Must Haves For Your Video Marketing Strategy in 2015 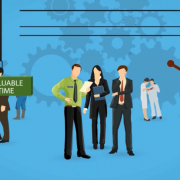 How to use brand storytelling for marketing success 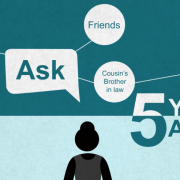 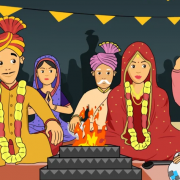 Why Explainer Videos Is Effective At Increasing Conversion Rates